Every July 10 children are chosen by St. Peter’s staff to be named Pupil of the Year.  The children chosen will have demonstrated the attributes of St. Peter. They will have shown kindness, friendship, faithfulness and determination in following Jesus’ call to be a good person who loves God and loves one another.

Congratulations to the children below 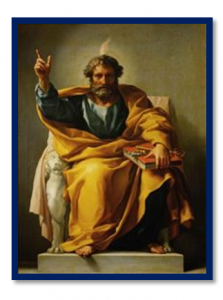 My Child at School (MCAS App)

Download the My Child at School App to get information from St Peter’s about your child!

Love God and Love One Another

Our Mission directs and animates the life of our school, and our school motto is at the centre of our teaching and our daily life… Find out more

Proudly part of the Our Lady of the Magnificat